We’re very pleased to announce a few more speakers who will be participating in the Poetry and Essay conference, which will be held at Victoria University of Wellington, 6–8 December 2017. 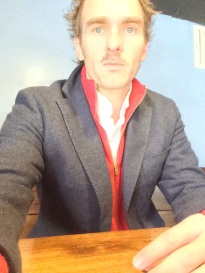 US poet and essayist Brian Blanchfield’s Proxies: Essays Near Knowing (Nightboat Books, 2016; Picador UK, 2017),have been one of our discoveries of the year, and we have been enjoying the wide-ranging rich, intimate, sometimes uncomfortable gems that are each subtitled ‘Permitting Shame, Error and Guilt, Myself the Single Source’. His second book, the collection of poetry A Several World (Nightboat Books, 2014), was James Laughlin Award from the Academy of American Poets and was a longlist finalist for The National Book Award. He is Assistant Professor of Literary Nonfiction at the University of Idaho.

Canadian poet Christian Bök is perhaps best known for Eunoia (2001), a bestselling work of experimental literature, which won the Griffin Prize for Poetic Excellence. He is currently working on The Xenotext – a project that requires him to encipher a poem into the genome of a bacterium capable of surviving in any inhospitable environment. You can watch a video of him talking about this fascinating project on the CBC website. Bök is a Fellow in the Royal Society of Canada, and he teaches at Charles Darwin University. 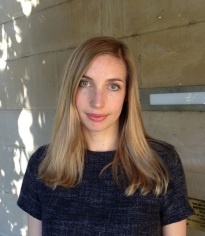 Amy Brown, a New Zealand poet now living and working in Melbourne, wrote the ambitious and impressive collection The Odour of Sanctity (Victoria University Press, 2013) as part of her PhD in creative writing, in which she examined contemporary epic poetry. She is currently an English and Philosophy teacher at the Mac.Robertson Girls’ High School.

You can read more about all of the speakers on the Speakers and organisers page.

The deadline for getting a proposal to the conference organisers is 17 July. If you don’t have a complete abstract, an informal email briefly outlining your idea will suffice at this stage.

Proposals should be sent to the organisers, Helen Rickerby, Angelina Sbroma and Anna Jackson, by 17 July, 2017. They can be emailed to Anna.Jackson@vuw.ac.nz.